Covid-19 Information and Resources Read More
Ask a question Ask a question
You are here: Home » Latest news » New shielding list: Who’s on extended list of Covid vulnerable people – and when they get the vaccine

The Government is adding 1.7 million more people to the shielding list, with 800,000 moved up the vaccine priority list.

It means almost four million people are now being told to shield in England, with 31 March the proposed end date.

Deputy Chief Medical Officer Dr Jenny Harries said those joining the shielding list will get the same support as those who are already considered “clinically extremely vulnerable”.

This means they are eligible to receive statutory sick pay, can book priority slots at supermarkets and have medicine delivered.

It comes after Oxford University scientists developed a new model to determine whether someone is at risk of serious illness or death from Covid-19.

The new model is able to identify adults who are at risk due to a number of combined factors, rather than a single underlying health condition.

Postcodes are also considered, as they can be used to indicate levels of deprivation. People in more deprived areas can be more at risk from the virus, because of cramped housing conditions and inability to work from home.

Who is being prioritised for the vaccine?

Of the 1.7 million being added to the shielding list, 900,000 are over 70, and have already been offered the vaccine.

The remaining 800,000 will all be given priority access, and should soon receive a letter inviting them to book an appointment. 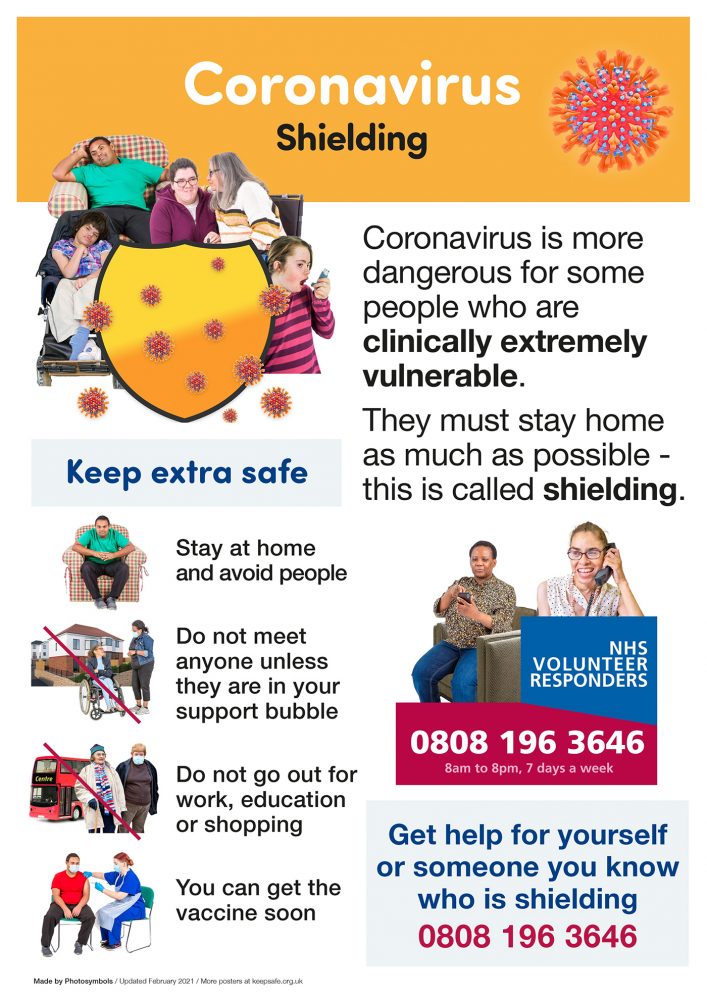 Opens or downloads a pdf

The NHS has recently launched the 'Help Us, Help You' campaign. The campaign encourages people to contact their GP if they are worried about a symptom that could be cancer. Find out more: NHS.uk/cancersymptoms ...